The starving artist Gizmo...what are you about? 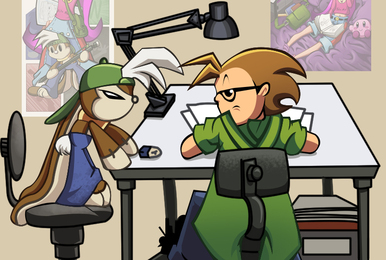 This is about a comic artist (Gizmo) trying to make his start. After years of trying to break into the industry, he becomes a bit off.  After hearing a voice telling him to create an imaginary friend, he tries to create a redhead cat girl companion..... Instead, ends up creating Bunny.

If things weren't hard enough, now he has to deal with a rabbit taking over his computer and constantly asking him to draw him redhead cat girls.

How will Gizmo continue to work? Will he get a job in the art field? Will bunny find his redhead cat girl? Why does a bunny like cat girls?.... for that matter.... why does the rabbit like girls? 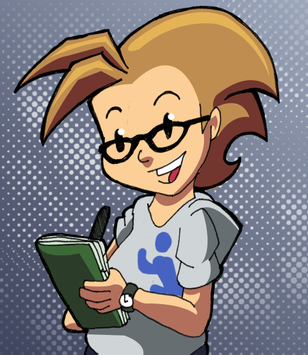 Gizmo The Artist
I am a comic artist that grew up on the east coast and eventually moved out to California and then back to Jersey. I am now a freelance artist that does colorist and pencil work. While consistently doing work, a strange voice in my head told me to create an imaginary friend ...... as if I didn't have enough to do. So I did and for some reason this rabbit came out.  So now I seem to be stuck with him but he is good company....when he isn't  busting my chops. 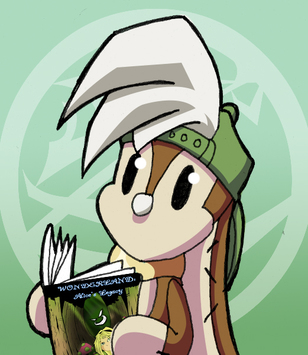 Bunny
aka D.O.B (Dirty Old Bunny)
Well .... I was created by Gizmo. Which I think is really neat having an artist as a friend/creator but he always seems too busy to draw my pictures. I guess I understand because he tries hard to get work for what he does. Then again, I wouldn't mind so much if he would free up the computer every once in awhile. I never seem to get enough time to play on steam.﻿ 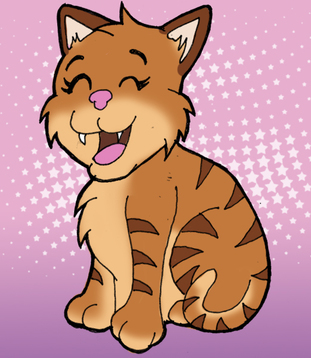 SUKI
the Kitty
Suki is a cat that we found in the backyard. When we found her she was very sick and about to die, but with some love and care she is better than ever!. Now she gets into all kinds of trouble and fun. 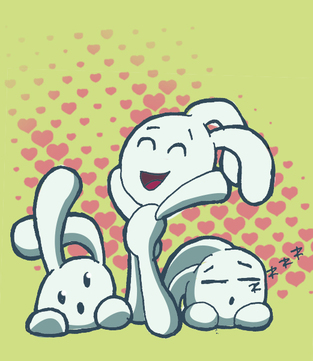 ﻿Paper Bunnies
They are Paper-like Bunnies who were imagined by Bunny. They are goofy and not the smartest bunch, but they have  big hearts. Unlike real paper, they are not flat..... I do not know why. You got to ask Bunny.﻿﻿﻿ 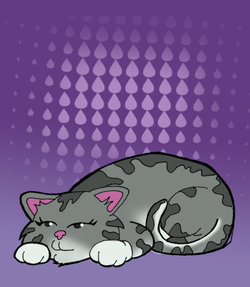 ﻿Evey
She is one of the grumpiest cats we know. She tends to growl a lot ...unless we have treats or feeding her. Then we are friends. 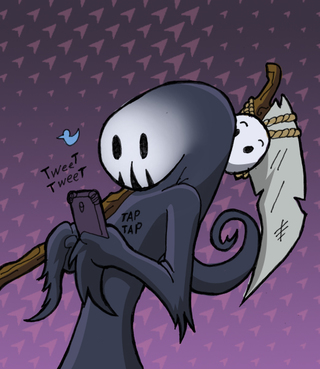 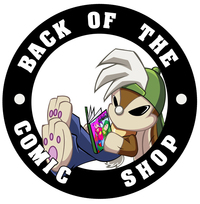